Skribble is one of ten specially selected technology start-ups to receive and accept an invitation to Silicon Valley. Roni Oeschger, co-founder and CTO of Skribble, attended in person and had the honour of introducing Skribble to an audience of investors. In this interview, he tells us how he thinks Skribble’s first appearance on the other side of the pond went and what he’s hoping for in the future.

A jury of experts put together by Venturelab, the Swiss start-up incubator, reviewed 135 applications to choose the young companies best prepared to expand internationally. Ten promising technology start-ups were invited to visit Silicon Valley as members of the Swiss National Start-up Team.

Roni Oeschger represented Skribble in this fantastic opportunity to get onto the radar of investors and industry leaders in the huge US market and start developing a network.

Roni, what was it like being in Silicon Valley and introducing Skribble to the US market for the first time?
It was super exciting, but intense – especially since I had jet lag pretty much as soon as I arrived in San Francisco. We gave pitches every day. We were allowed just three minutes to present our company to potential investors. That was followed by inspiring workshops and social events in the evenings where we could network in an informal setting.

Three minutes isn’t a lot to explain a start-up like Skribble that’s offering a relatively complex service. How did you handle it?
It was a huge challenge and an even bigger learning opportunity. At first, I was pretty nervous – but the feedback was constructive. Every day, I learned a little more about what investors and the US market need and I fine-tuned my pitches several times over the course of the week. 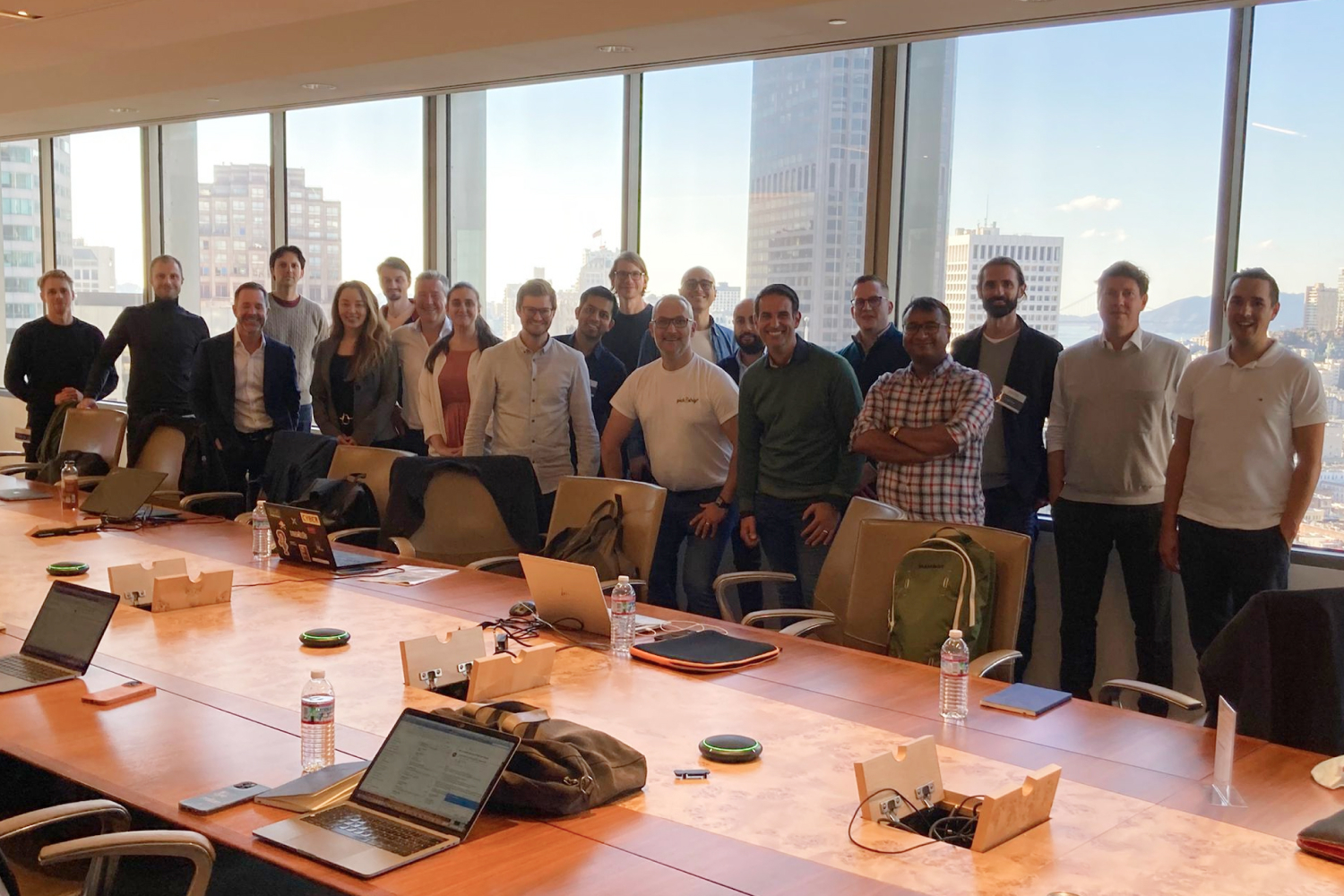 What practical insights did you gain from this experience?
My main takeaway was that you don’t need to explain to anyone in the US what an electronic signature is – they’re already a part of life. Americans are a lot more advanced in that respect than we are in Europe. So it wasn’t necessary to highlight the advantages of electronic signatures over handwritten signatures.

On the other hand, in the USA, every road leads through DocuSign. I didn’t talk about the US market leader in my first pitch. That turned out to be a mistake, raising more questions than it answered.

Can you explain the DocuSign thing a bit more?
The first questions from the audience were always about DocuSign: why should an investor from Silicon Valley invest in a start-up that does the same thing as DocuSign? It would be far simpler for DocuSign to just conquer the EU market.

So I had to switch my focus to the difference between the highly regulated European and the unregulated US markets and explain why DocuSign can’t gain a foothold in the European market as easily as Skribble.

To illustrate, I used the analogy of the leading US insurer Geico, which is a very small player in Europe. The e-signature market in the EU is tightly regulated in a similar way to insurance. That makes it hard for American companies to establish themselves with a US business model.

That’s really fascinating. What potential do you see for Skribble in the USA?
We clearly need to do more reconnaissance in the unregulated US market, where the higher-level e-signature standards like the advanced electronic signature (AES) and qualified electronic signature (QES) aren’t formalised by law. But we’re also seeing a trend towards greater security and trust in e-signatures in the US market.

US courts consider the substantially greater legal weight offered by QES and AES to be of higher value. That represents potential for Skribble – precisely as an alternative to DocuSign for companies with higher security needs.

Do investors in the USA increasingly invest in European start-ups?
Yes, the available capital there is larger than the potential investment opportunities in the local market. In addition, the current negative interest rates are leading to greater investments in the stock market, cryptocurrencies and start-ups. That’s why the Americans are now starting to look beyond their national borders.

Start-ups like Skribble are becoming more attractive to US investors and companies with a registered office in Europe. Skribble’s business model is definitely of interest.

What’s your personal takeaway from this experience in Silicon Valley?
It was fantastic to talk to so many inspiring people. What surprised me most was the tone of the social interactions. I’d imagined US investors would be super-tough and hard-nosed.

But they were all absolutely professional and friendly, made an effort to understand what we do at Skribble and gave constructive feedback. For me, that was a clear sign that there’s interest in European start-ups.

About Venturelab
Since 2004, Venturelab has been developing and running start-up programmes like Venture Kick, Venture Leaders, the TOP 100 Swiss Start-up Award and Innosuisse Start-Up Trainings in Switzerland to support the strongest entrepreneurial talents. Working together with successful founders and leading academic and industry partners, Venturelab helps the best start-ups to achieve success.

The members of the Swiss National Start-up Team have a clear goal: they see themselves as global players and want to take the first steps toward expanding internationally. The investor and business development roadshows for Swiss start-ups are specially designed to help them achieve this goal.

You can test Skribble for free.
No credit card needed.
Available in English, German and French.